It's all getting back to normal....

...after a 2 week holiday. By holiday I mean the kids were on holidays from school, not that I was sunning myself, drinking Pina-Colada in the beautiful Bahamas (not that I know they are beautiful, I just assume they are-like Beautiful Bray seems lovely right about now, sans kids!)
To be honest, it wasn't as bad as I thought it would be. Cathal gave me the wide eyed "Whatyotakkinbout" stare when I called him for school this morning, but I brought him breakfast in his bed to ease the pain! He eventually got up, got ready and was happy as Larry (do I owe Larry money for that????) going into school. The other two kids I mind were dying to go back. Thanks again GG for doing the morning school runs!
Ohhhhhh, then I had to get "The Missus" out of bed at 11. She was not happy. (Must remember she's probably on old time, so it was only 10 am for her.......) I mentioned a few names of her friends and she was rearing to go! Skipped (no, actually she's not that dainty, she ran hell for leather) in to Naoinra.
Picked all kids up on time (had to set a few timers and kept checking my watch chanting....Danni-20 to 2, Leah-Half 2, Other kids-20 to 3. It takes a bit to get back into it, you know!)

Last weekend my sis G.G. brought Cathal to town to get his Communion outfit. I tagged along like a spare wheel and between the two of them he is now kitted out to his underpants for the big day! I won't spoil the surprise but he's going to look great! Thanks G.G. Love you. x
A photie of when they were in New Look! 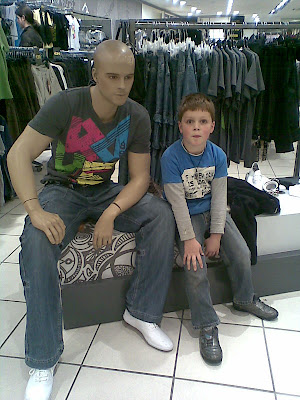 We are very lucky to live in an area where some people still keep chickens in their back garden. Cathal LOVES eggs, his only problem is: soft-boiled, fried, scrambled, omlette, OMG the choice is endless, if you soft boil them you could make a sandwich.....It could keep you awake at night if you were that way inclined.
Anyways, he got a Goose egg from a friend of G.G.'s and actually hopped about saying, Omlette, Boil it, No Omlette, No boil it. I waited till he calmed down and.... 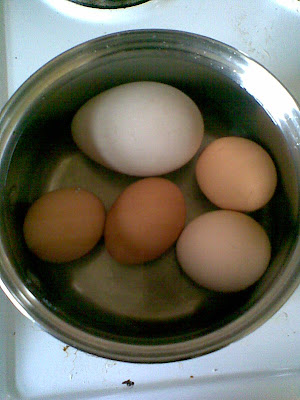 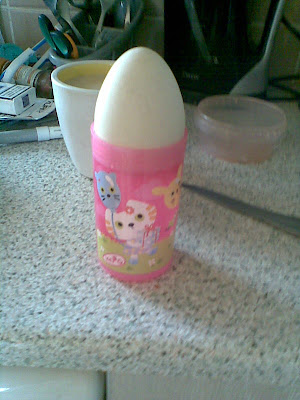 BTW, the other eggs in that pot were from the chickens in a back yard, not MY back yard but a friend of my brother's. Everyone in Carraroe knows how much Cathal loves his eggs! Especially "home-made" and "big" ones!!
Posted by Neasa at 3:18 PM 3 comments:

I had a bit of fun last week on the forum with CowGirl Neeb posting cat pics. We had a whole theme/thread going. It was funny, if you have our kind of sense of humour! Anyways this was my favourite of the pics that was posted.
God, sometimes I wish I was a cat....!!!! You get fed, let in to the fire, you get to lick yourself and no-one bats an eyelid, you can take off for days with no repercussions.....sigh.....oh well, maybe in my next life!! 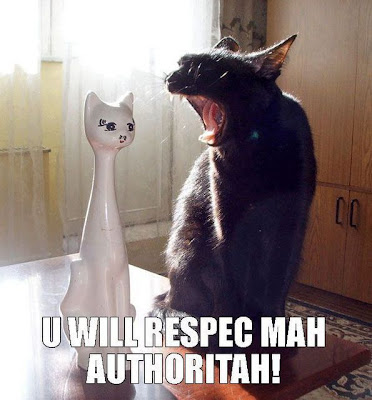 It's official! I'm half deaf.

I had a hearing test done yesterday. If I don't answer your replies it's because I can't hear you!!! 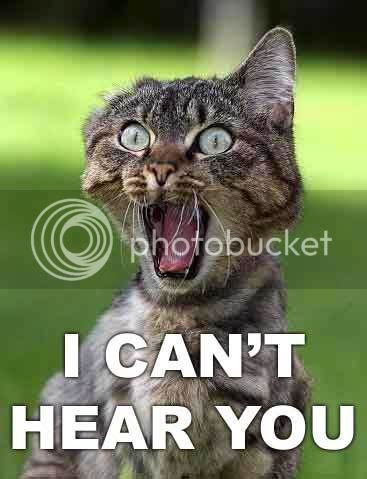 Most of the photo's today were taken while I was inside the cottage.... (see post below) As I was looking at them on the puter I could nearly hear what the kids were saying.....!!!! 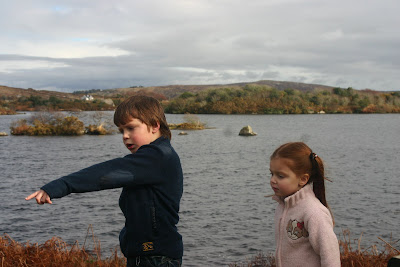 "I'm feckin' tired of walking. Why do we have to bloody walk to all these places?" (Click on this pic to her face!!) 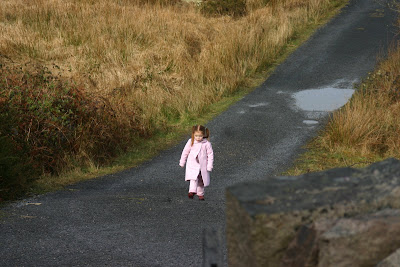 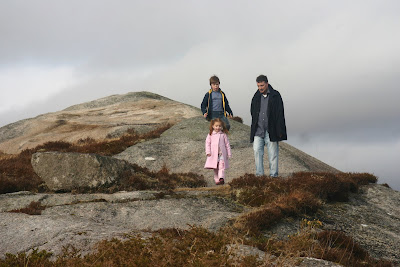 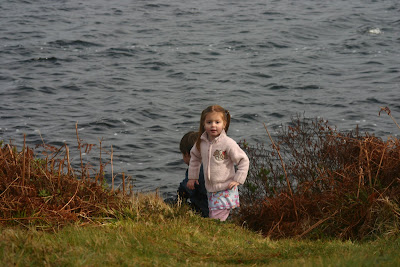 "Are you done already honey, I gotta get home and feed these kids? SMILE!!!!!" 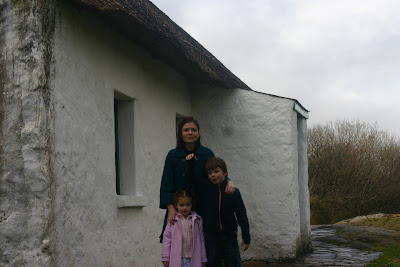 Well the 2 kids are all gorged out on chocolate. Myself and Leah don't like chocolate so we left them to it. I think Cathal is giving Jerry a run for his money this year!!!
We headed off today to Pearse's Cottage for the tour they were doing to commemorate the Uprising. Jerry and the kids had never been inside it so it was nice for them to see. I was there a few times when I was younger but it was lovely to see it again. Amazing to think he wrote the Proclamation of Independence in this little cottage.
Anyways, Cathal was very interested in it all. Jerry explained all about the 1916 Uprising to him (I wouldn't dare, I'd probably get it arseways!) Leah of course wanted to go look for the horse we saw in a field on the way up to the cottage. Oh, and strike a pose by the old fireplace!!
Jerry took loads of photos outside and then we headed off to Granny's house down the road for a visit. Shocking to think this house, steeped in our history, is less than a half an hours drive from us, yet today was the first time Jerry and the kids were in it.

A few photos from today.... 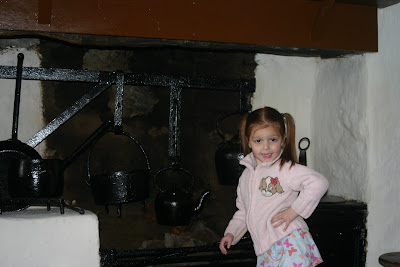 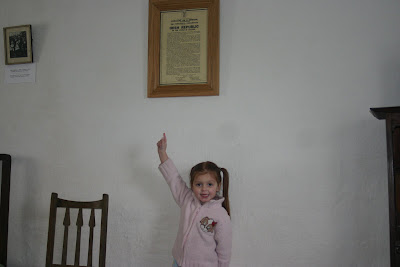 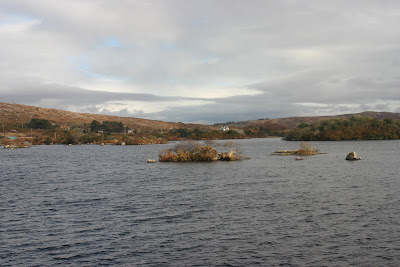 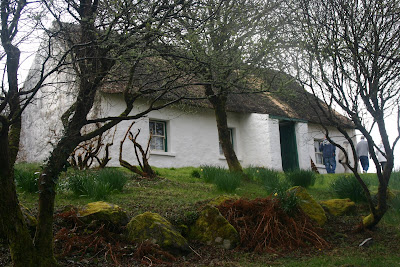 And to finish it off, a beautiful sunset when I got home. 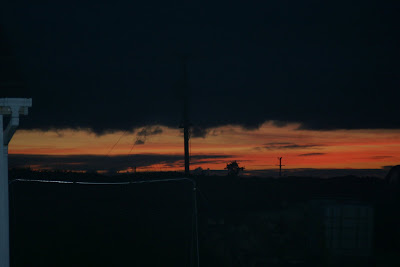 61%How Addicted to Blogging Are You?

Haven't posted in a while.
Went out Friday night (actually out, to a pub!) Had a great night.
Went to Athlone Saturday for a meal with Jerry's family to celebrate his brother's 30th birthday. Had a great night.
Made the mistake of saying I'd drive home on Sunday morning. Eventually left Athlone at 20 to 7 that evening. Not a nice drive home in a car I'm not used to, at night, in the rain with a merry passenger.
Lesson learned!

Hope y'all had a good weekend and are surviving the storms!
Posted by Neasa at 5:37 PM 1 comment: