I really must get myself a new camera or at least craft during the day so the pictures won't be so bad.....
Anyways, here's tonights efforts. I bought this frame from the 2 Euro shop 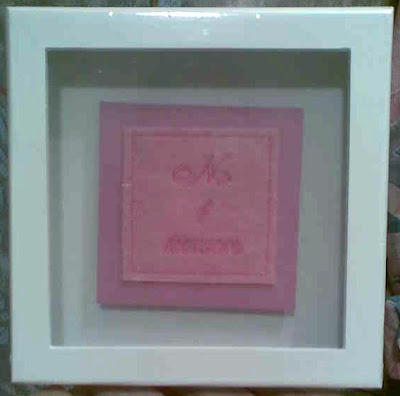 and turned it into this.... 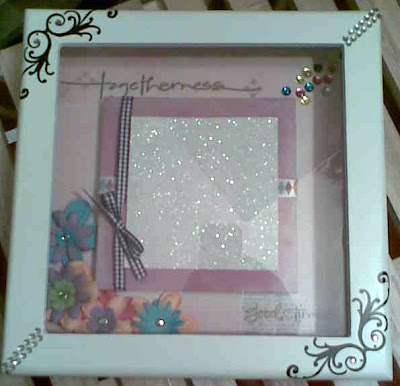 Thanks for the idea Sarah! I pulled the back/box from the frame, inked it, stuck flowers on, some ribbon, a bit of bling and glitter paper for the photo frame. Then for the outside frame part, just rub-ons and some "Ring Bling" from the 2 Euro shop and Bob's your Uncle! It's for Leah's best friend in school so that's why it's sooooooooo girlie! I can't wait to see it with the photo in it and the back stuck back on. I had so much fun making this and it was very easy to do. Give it a try. I'm glad now I went back and bought 3 more frames!! If you try it please let me know and leave a link to your blog in the comments section.
TFL
Posted by Neasa at 5:30 PM 3 comments: 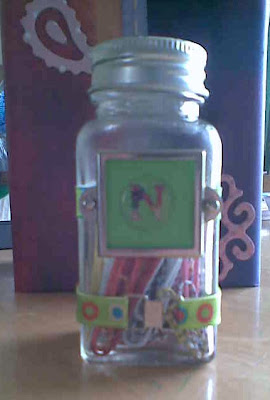 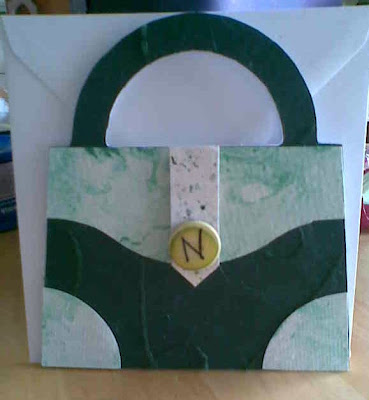 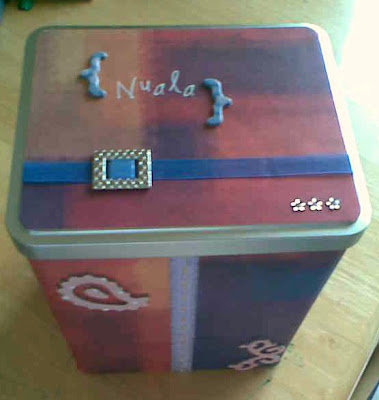 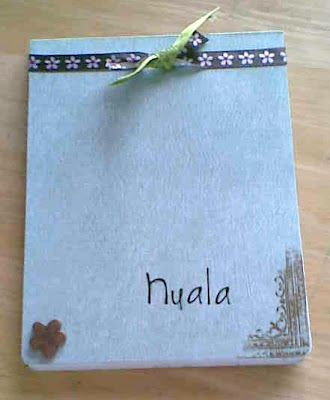 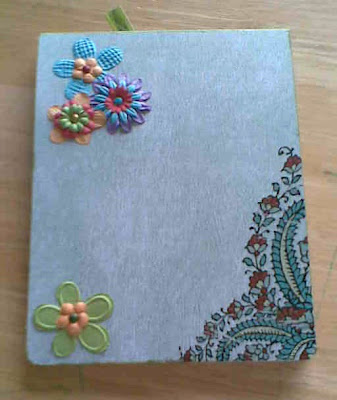 This is what I made for Cathal to give his teacher yesterday before they got their summer holidays. She's into arts and crafts herself so I hope she likes them. The tin was free with Lyons teabags and I just covered it with paper, ribbons and bling. The notebook is just a plain notebook covered again with papers, rubons and bits and pieces. The jar has a little frame on it and some ribbon. I filled it with snazzy paper clips and mini bulldog clips. Thanks for looking!
Posted by Neasa at 9:40 AM 2 comments: 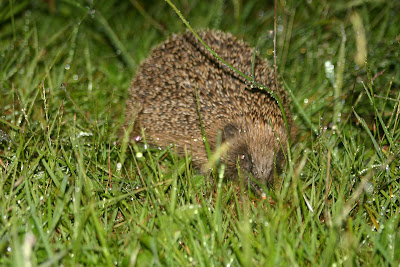 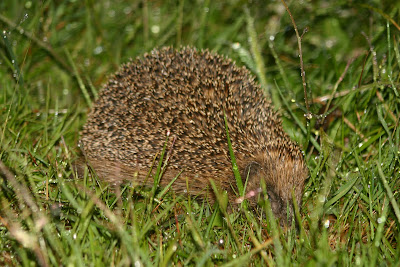 This chappie usually turns up around November but Jerry spotted him in the garden tonight. Seems a bit of an odd time of the year to see them. I hope he's found somewhere dry to sleep tonight. It's teeming down here at the mo....
Posted by Neasa at 3:39 PM No comments:

Oh I do love to live beside the seaside!

As if all the fish in the sea weren't enough, these cheeky chaps have taken to visiting me lately for the bread I throw out for the birds. It feels a bit freaky when up to 40 of them are circling the house.... 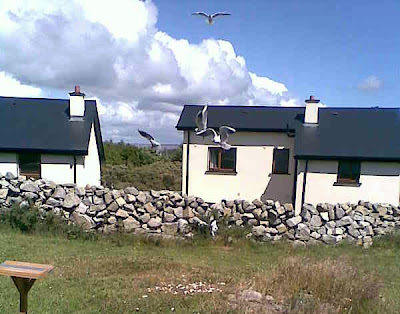 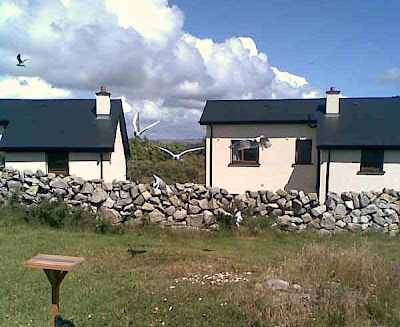 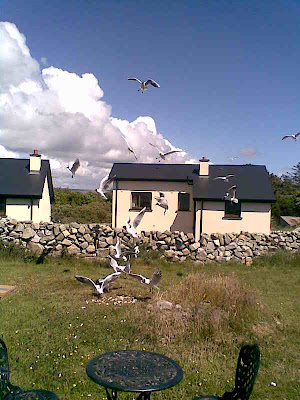 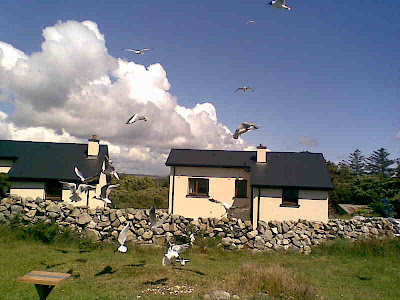 After a little "episode" earlier this week which resulted in me calling the doc with a suspected stroke, I decided to "Stop the bus and get off" for an hour (Thanks Sabrina!) to get my hair done today.
Yes folks, I finally had my first (and hopefully last) Anxiety Attack! It started with a racing heart and finished with a racing thunderous heart. I called the doc when it didn't stop after an hour and she gave me some techniques. Rub the left side of your neck and breathe deeply and hold it. It opens some artery. I've decided I need a bit more "Me time". We'll see if I manage an hour next week.....
Anyhoo, I went to get the auld gruaig done today and I love it. Sorry I have no "Before" photos and I did think of it but I was chasing my tail as usual.... 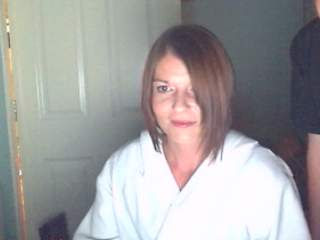 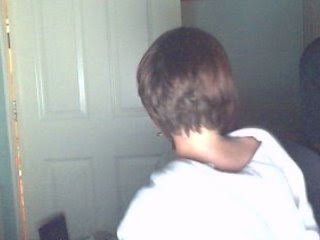 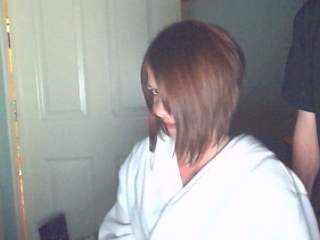 Jerry was making me laugh when trying to take these photos with the webcam. Man, you ask for a little help....He like's the new do too ; )
Posted by Neasa at 6:16 PM 6 comments: 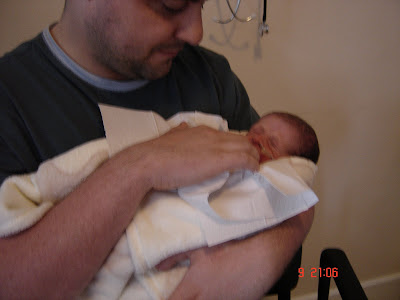 Cian Kevin Holohan just couldn't wait any longer to meet his family and arrived 4 weeks early weighing just 4lb 8oz on Monday the 9th June. He's small but perfectly healthy and we can't wait to meet him in person. Leah loves her baby "brother"???? huh? and Cathal was a bit put out about not being the only Grandson anymore but when he saw the pics he decided it was o.k.!! He has huge brown eyes and already looking all around him taking it all in. Daddy informs us they are both (Mommy and Cian) being allowed home tomorrow. So we are so excited to see the new Hoolie. Apparantly he looks like Jerry, as if life wasn't tough enough....!!!!
There'll be a hoo-haa in Athlone soon when things settle. Obviously the doitin is small and needs to build up his strength but if there's someone to do it, it's a Hoolie! He comes from good stock.
I feel a bit left out whenever Jerry gets a new niece or nephew because although I feel they are my nieces and nephew I still feel a bit "outside the circle". I don't know if it's because me and Jerry aren't married yet (and then they would HAVE to call me Auntie Neasa) or if it's because it's not one of my siblings' child? I see my sis's and bro having fun and spoiling my kids and I feel a little miffed sometimes. I want to be the fun Auntie, the Cool Auntie, the Auntie That Takes Me For Spins, and then gets to hand them back. I think I'd be a much nicer/funner/cooler Auntie than I am a Mom. Come on Team O'Donnell, lets get it together and make Neasa an Auntie. I promise I won't get their ears pierced.....
Posted by Neasa at 4:29 PM 2 comments:

I know, I know, it's been ages sice I've blogged but there has been so much happening here. Well Cathal made his First Communion and didn't burst into flames on the alter (I think that will stand to him Later On IYKWIM!) That day was a great day for so many reasons. Obviously, as Jerry puts it "There's 25 more of us today" but the day meant so much to me.
As ye know, my Mom and Dad split up 4 years ago. This day was the first day they had spoken since their break up. I wanted both my parents and Cathals grandparents there. I was so glad they could pull it together for his big day. I think they enjoyed each others company for the first time in a long time. These things happen.

Then last week Dad got Lifeboated off the Aran Islands (where he lives now) in tremendous pain. They were going to biopsy his lymphnodes this week but after scans, x-rays, who knows what, thay decided on Tuesday evening that they were operating on Wednesday morning to remove the tumour and as many lymphnodes as they could.
When I visited him in ICU last night he said "They got the big bastard, now let them shoot the little fuckers"! He was talking about the chemo getting anything left in the lymphnodes.
It was heartbreaking seeing my Dad lying there out of it. The first time I saw him wink at the nurse I thought he was twitching, the second time I thought "He's gonna be fine"!
By the time I left there I'd gone from "What the hell is he on about" to pissing myself laughing at his jokes! "Cosuil le Lachin i" You had to see the hand movements!!
Apart from that things have been very drab. My poor Cathal is sick. Spicking temp and not feeling well. Oh the joys of parenting! He missed getting an award he won for an Irish story he wrote, last night. (But Aisling accepted it for him, thank you Ais!) And he missed today's Sports Day at school (which should have been last Friday, but it pissed out of the heavens that day here)

We finally got to meet Cowgirl Neeb! Leah was one happy little cowgirl. We went to Aran and did the tourist thing. Took the tour, climbed up to Dun Aengus, took loads of photos etc etc. Leah was like a little limpet on Niamh all day. I think Kevin was feeling a little left out. Had a great weekend with them and can't wait for them to visit again. Might stay on dry land this time, who knows?!!!

Between this, that and t'other, it's been business as usual...... 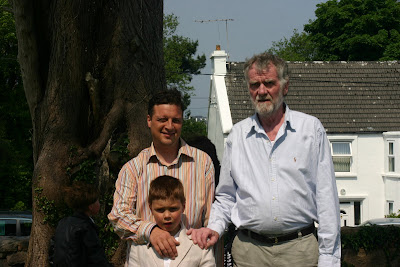 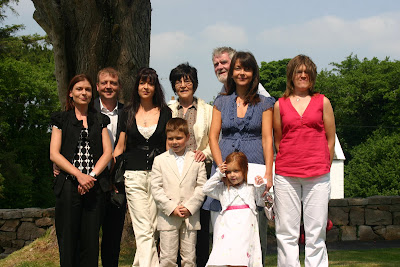 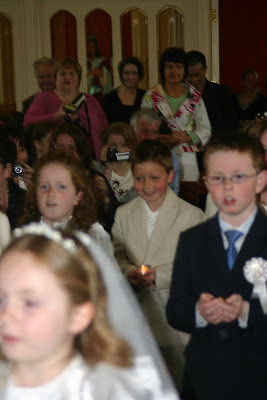 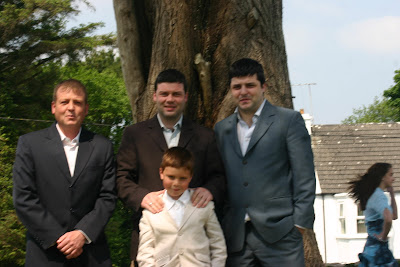 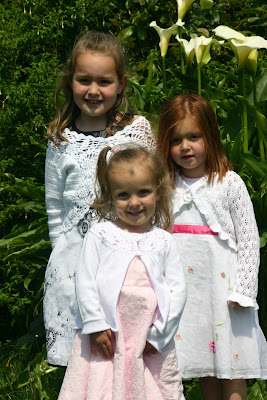 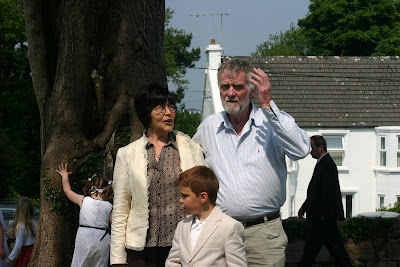 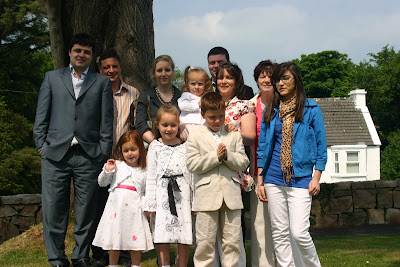 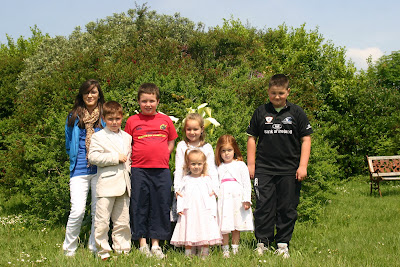 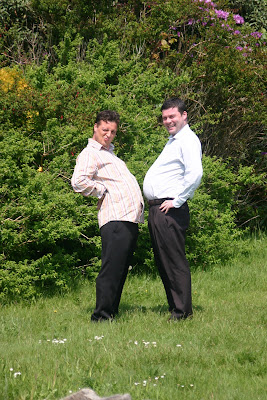 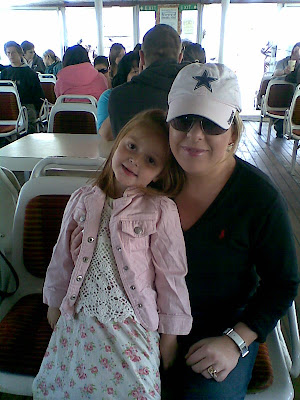