Bless me Blogspot for I have sinned.....

It has been bloody AAAAAGES since I've blogged. I have a few excuses. I've been run off my feet since the summer holidays started and are now nearly over. Also the charger for the camera died so I've been without a camera for ages and lets face it, my blog would be damn boring without a few photos of the kids covered in paint/muck or doing something they shouldn't be doing or looking cute. Also I've been lazy about blogging. There you go, excuses out! Amen.

The summer has pretty much been a washout. I've managed to bring the kids to the beach a few nice days and more often than not I've brought Cathal down for a dip even when it's been raining if it was warm. We had a lot of hot muggy weather with no sun. But he loves swimming so I sat on the beach under a towel while he swam in the sea. The kid is nuts if you ask me. But then, I'm biased. 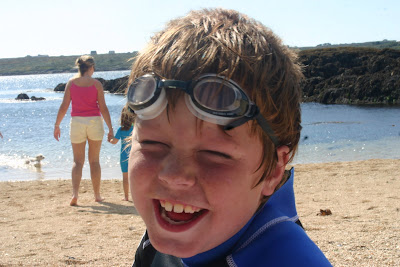 Cathal is fantastic in the water. He goes straight in and down, no faffing about. 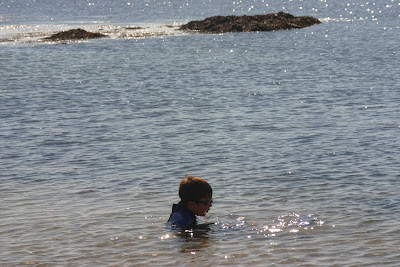 The Missus on the other hand is more like Momma. She dips a toe in and quickly retreats from the freezing cold water. And it's always freezing cold here. She has up to now managed to go as far as her ankles but today was the big one! She went as far as her thighs. Yippee! She'll be a mermaid soon! 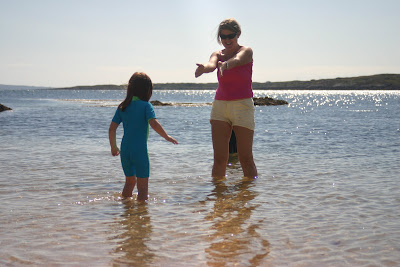 "You can do it, come on a little further" 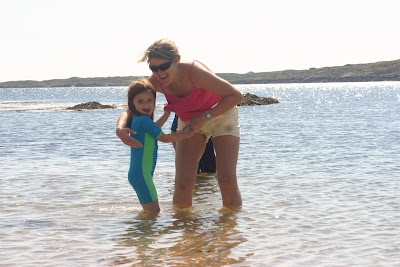 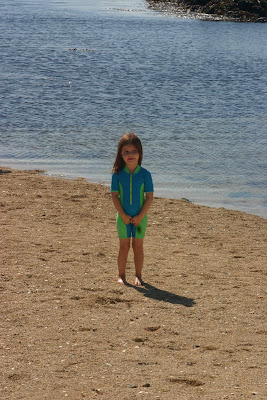 "I need to wee Mama" 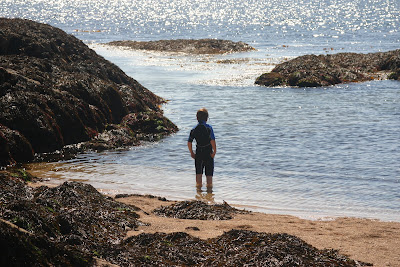 "Hmm, I know there's a way through the seaweed" 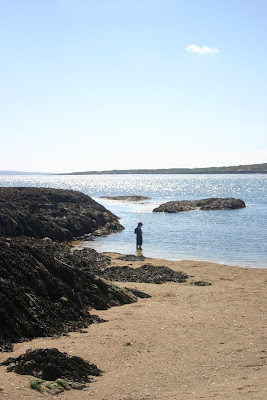 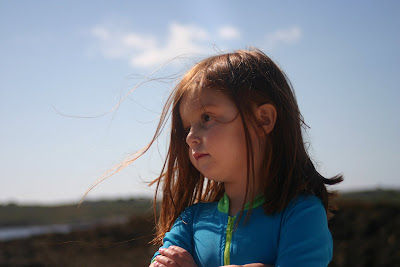 "Did you find the way yet Cathal?" 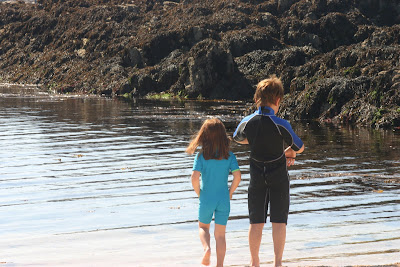 She's happy to search for pretty shells in the coral. And between you and me, so am I.... 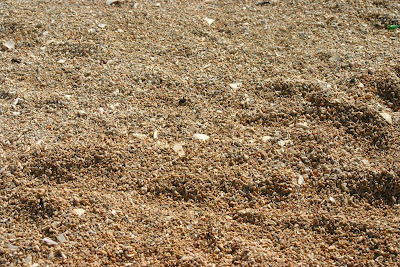